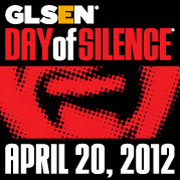 This post appeared in a different form on legislativequeery.com on April 15, 2010
Posted by Daniel Williams at Thursday, April 19, 2012