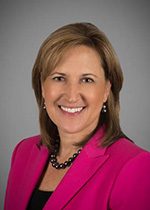 For the last year and a half people have been asking me if I think someone in Texas will file a bill like North Carolina's notorious HB 2 to override nondiscrimination ordinances and set up the potty police - and for the last year and half I've been telling them that yes, that bill will be filed (probably a couple of versions of it) and yes, we'll have to work hard to defeat it, but that's not the bill that scares me. The bill that scares me, and it will be filed by someone out of Fort Worth, is a bill to force schools to out kids to their parents. It will be hard to fight, because it will be shrouded in a veil of parent's right to know about their kids, and, if passed, it will lead to children's deaths.

The bill I fear most has been filed by Sen. Konni Burton (R-Fort Worth). As John Wright reports over at the New Civil Rights Project, SB 242 would require "general knowledge regarding the parent's child possessed by an employee of a school district" to be given to the parent, failure to deliver the information would result in the firing or suspension of the employee.

SB 242 radically expands an existing provision that provides parents access to their children's school records, and makes it apply to every interaction a school employee has with a child. An on-the-face reading of the bill would require a teacher to contact a parent if they became aware that a student had a zit, or a crush on a classmate, or really wanted a certain pair of sneakers. If not the teacher would be fired.

While the poor drafting and wide scope of the bill make it risible. Burton's sinister intent in filing SB 242 is chilling. In a press release Burton says she filed the bill in response to a policy adopted by Fort Worth ISD on how to sensitively and reasonably accommodate transgender students. Her stated intent in filing the legislation is to out queer youth.

And that will get kids killed.
Teachers are there to teach our kids, not spy on them. Burton's vision of an Orwellian school environment where every move is reported is nightmarish - but worse, it's deadly.

Burton is taking a "Legislative Survey" to learn what people think of her legislation, you can find it HERE. You can comment on her press release HERE, visit her Facebook HERE, or find her on Twitter HERE.